Hummus is a Middle Eastern dip, spread, or savory dish made from cooked, mashed chickpeas blended with tahini, lemon juice, and garlic. The standard garnish in the Middle East includes olive oil, a few whole chickpeas, parsley, and paprika. In Middle Eastern cuisine, it is usually eaten as a dip, with pita bread or paired with vegetables!

Try it smeared onto your sandwich, baked on fish, or made into a flavorful dip to perk up vegetables, chips or pretzels. The bright lemon finish helps cut fats and works well with seafood, and because of its creamy texture, you can substitute this as a dip or spread just about anywhere. Remember, it even goes well with meat.

Hummus is a popular Middle Eastern dip and spread that is packed with vitamins and minerals.

Moreover, hummus is naturally free of common food allergens and irritants, such as gluten, nuts and dairy, which means it can be enjoyed by most people.

Traditionally, hummus is served on a large plate, usually drizzled with olive oil and herbs and accompanied by fresh pita, tomato, onion, cucumber salad and maybe some falafel. 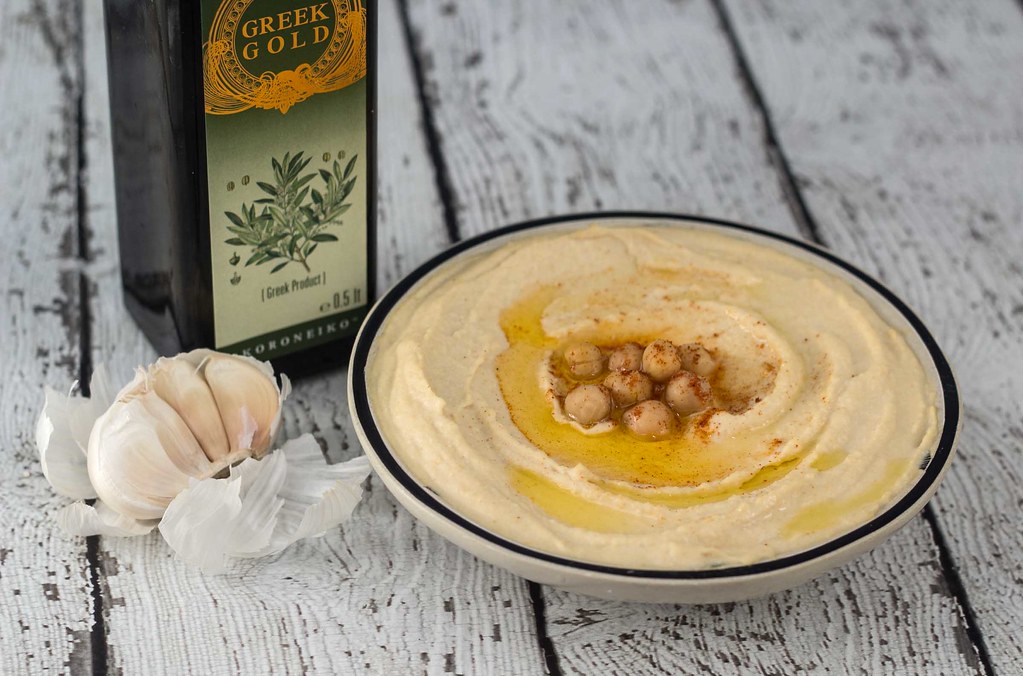 So where does it originate and why is it popular in Spain?

It’s not just in Israel where people argue over the best hummus, Palestinians, Egyptian Arabs, Greeks and other Middle Eastern and Mediterranean countries also claim hummus as their dish. As to where it truly comes from, no one can say for certain, though the earliest mention of the spread dates back to Egypt during the 13th century. The truth is, hummus has been made all over these areas for hundreds of years, a dish likely imported west from the chickpea-growing Arab countries to Greece.

While hummus originates in the Middle East, Spain has been quick to fall in love with this garbanzo bean dip. When hummus became popular in Spain, it was soon being served on every tapas bar menu, often with a Spanish twist.

The earliest known written recipes for a dish resembling hummus bi tahina are recorded in cookbooks written in Cairo in the 13th century.

For Palestinians and Jordanians, hummus has long been a staple food, often served as a warm dish, with bread for breakfast, lunch or dinner. In Palestine, hummus is usually garnished, with olive oil, “nana” mint leaves, paprika, and parsley.

Hummus is a common part of everyday meals in Israel. It is made from ingredients that, following Kashrut (Jewish dietary laws), can be combined with both meat and dairy meals.

Although sometimes criticized as Jewish appropriation of Palestinian and Arab culture, hummus has been adopted as an unofficial “national dish” of Israel, reflecting its huge popularity and significance among the entire Israeli population.

Hummus is naturally high in good fat because of its sesame seed and olive oil content, with around 1 tbsp (30g) containing 8g of unsaturated fats. Hummus is low in carbohydrates and is also a fairly good source of plant-based protein and fibre.

Hummus contains some omega-3 fats, calcium, magnesium, iron and zinc, as well as most of the B vitamins. It also counts as one of your 5-a-day because it contains chickpeas, but only up to a maximum of 80 g, which is approximately 3 tbsp.

A healthy portion size of hummus is around 2-4 tbsp a day, but this must be considered alongside the rest of your diet. For example, if you were having a hummus as a snack then 2 tbsp should be ample, but if it was being used with lunch then you can stretch to 4 tbsp.

Hummus is a great source of plant-based protein, providing 7.9 grams per serving.

This makes it an excellent option for people on a vegetarian or vegan diet. Consuming enough protein is essential for optimal growth, recovery and immune function.

In addition, hummus includes iron, folate, phosphorus and B vitamins, all of which are important for vegetarians and vegans, as they may not get enough from their diet.

Hummus contains chickpeas, olive oil and sesame seeds (tahini), which are proven to have anti-inflammatory properties.

Hummus is a great source of dietary fiber, which can improve digestive health. It provides 6 grams of dietary fiber per 3.5 ounces (100 grams), which is equal to 24% of the daily fiber recommendation for women and 16% for men. Thanks to its high fiber content, hummus can help keep you regular. This is because dietary fiber helps soften and add bulk to stools so that they are easier to pass. One study found that adding 200 grams of chickpeas (or raffinose fiber from chickpeas) to the diet for three weeks helped promote the growth of beneficial bacteria, such as bifidobacteria, while suppressing the growth of harmful bacteria.

Hummus has several properties that may help control your blood sugar levels.

First, hummus is made mostly from chickpeas, which have a low glycemic index (GI).

The glycemic index is a scale that measures the ability of foods to raise blood sugar.

Hummus is also a great source of soluble fiber and healthy fats.

Chickpeas are rich in protein, resistant starch and antinutrients, which slow down the digestion of carbs.

Aside from chickpeas, hummus is also a great source of heart-healthy fats from olive oil.

Interestingly, according to a national survey, people who regularly consumed chickpeas or hummus were 53% less likely to be obese.

They also had a lower BMI and their waist size was an average of 2.2 inches (5.5 cm) smaller than people who did not regularly consume chickpeas or hummus.

People who suffer from food allergies and intolerances struggle to find foods they can eat that won’t cause uncomfortable symptoms.

Fortunately, hummus can be enjoyed by nearly everyone.

It is naturally gluten-, nut- and dairy-free, which means it suits people who are affected by common conditions like celiac disease, nut allergies and lactose intolerance.

Although hummus is naturally free of these ingredients, it’s still wise to read the full list of ingredients, as some brands may add preservatives or other ingredients.

You can find organic ingredients on our website to make the perfect hummus to accompany your foods. 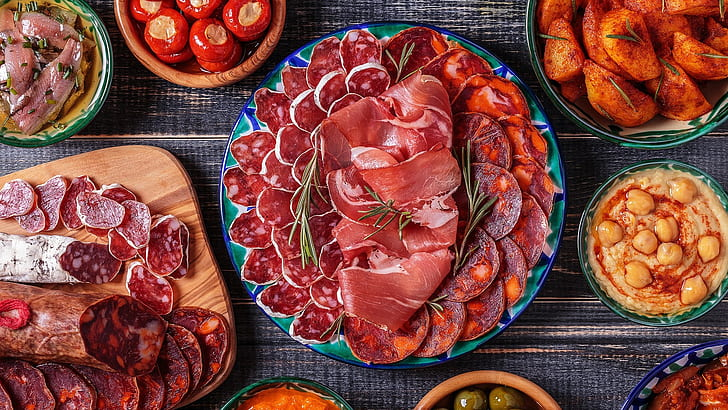 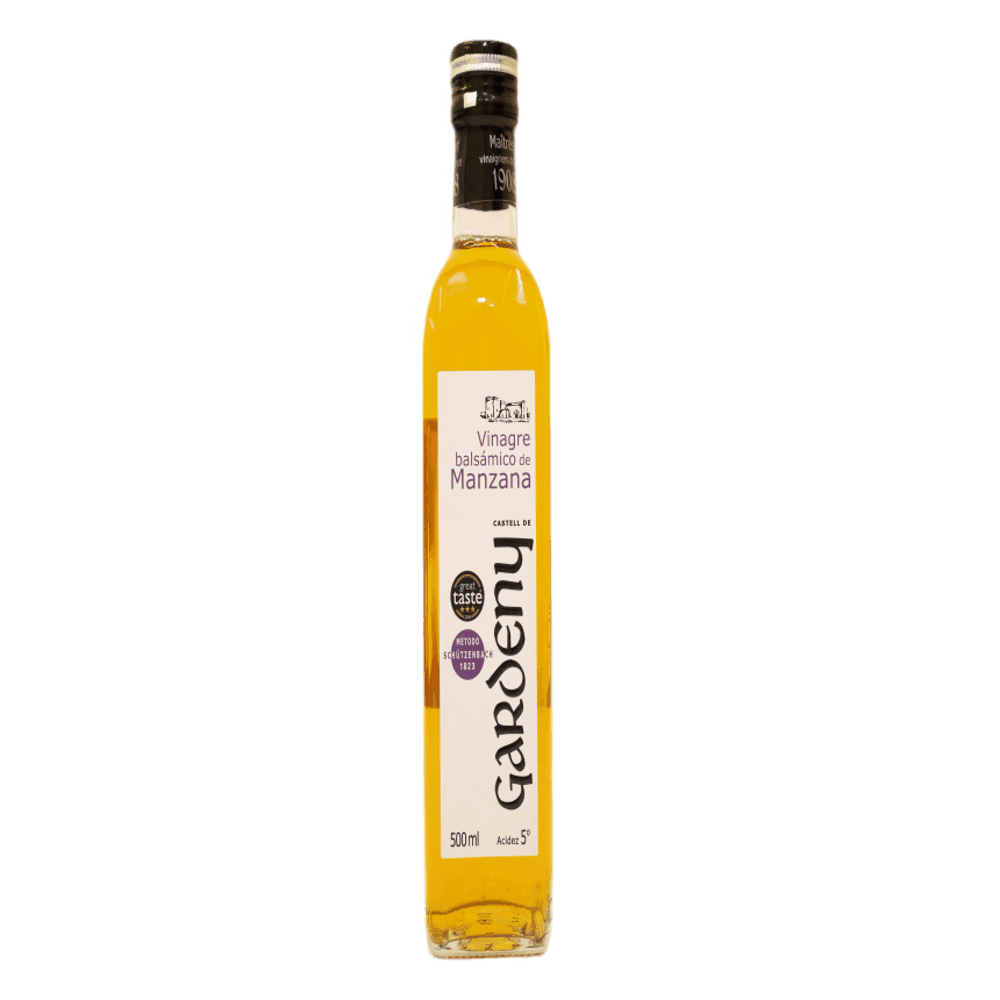 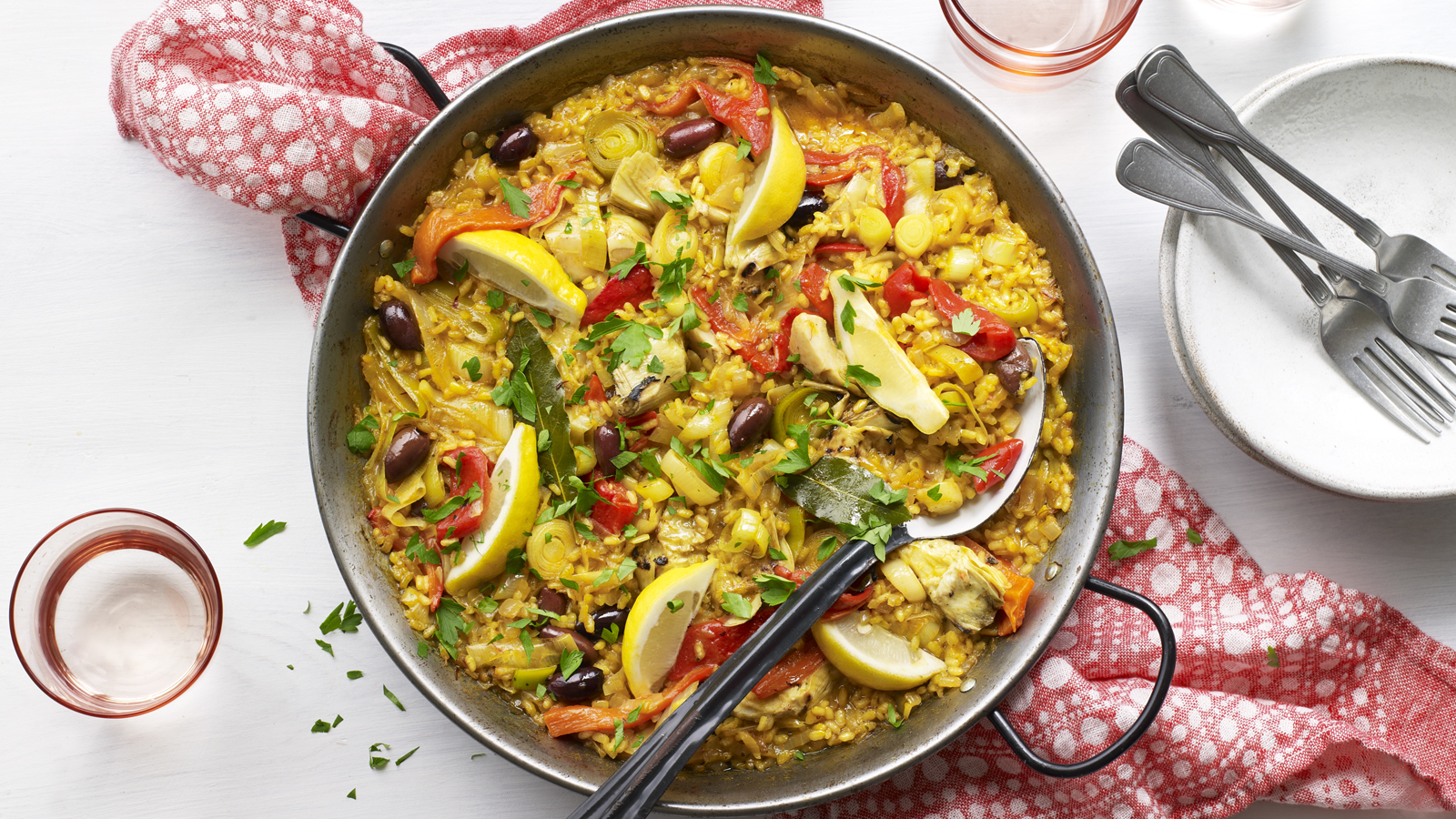